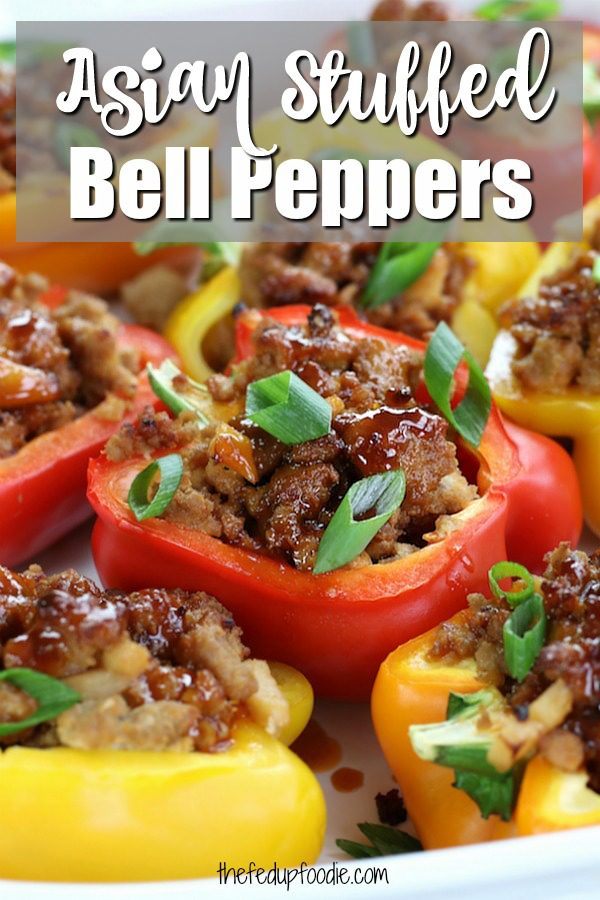 Asian Chicken Stuffed Peppers are such a fun and delicious way to eat your veggies. A low-carb dish that is big on flavor and the leftovers freeze well for easy dinners later in the month. 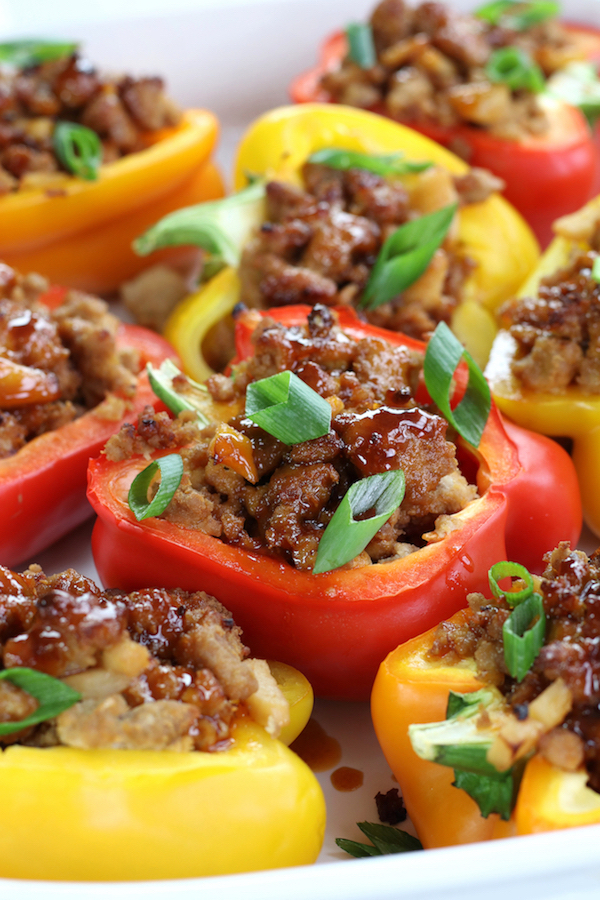 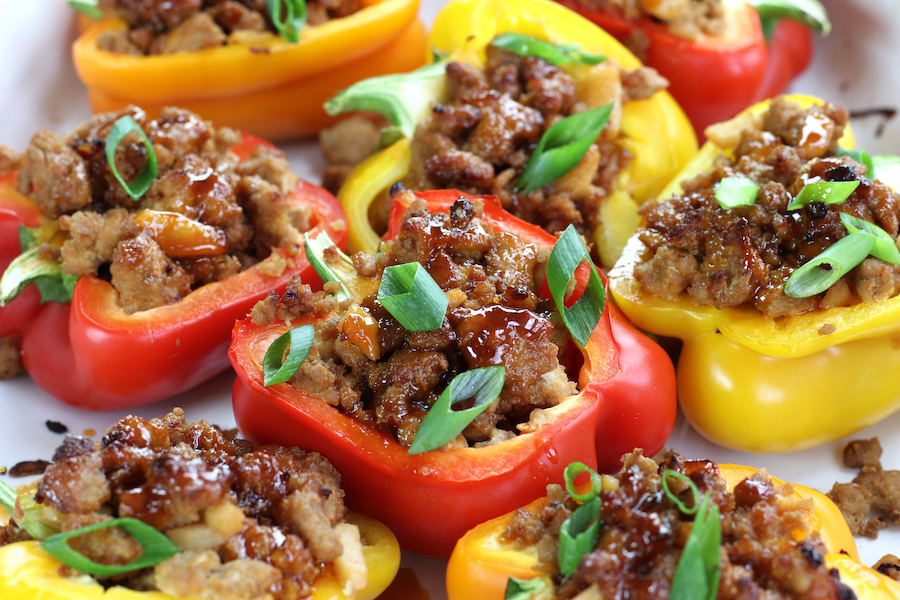 I have a question for you?

What is your definition of wellness?

Honestly, for me the definition has many facets.

I believe that sometimes wellness looks like a plate of mouthwatering pasta and sometimes it means forcing my booty on the elliptical when all I want to do is curl up and watch Netflix.

The one constant in my pursuit of wellness, eating plenty of veggies.

I believe with my whole heart that no matter the diet approach you follow, eating plenty of veggies across the rainbow of colors is part of the foundation to health.

Call me crazy, but I want my veggies to taste amazing.

I want my vegetables to be good for me while also being soul satisfying.

They literally make my mouth water just thinking of them and every bite is pure bliss.

Not bad for a food group that so many avoid like the plague. 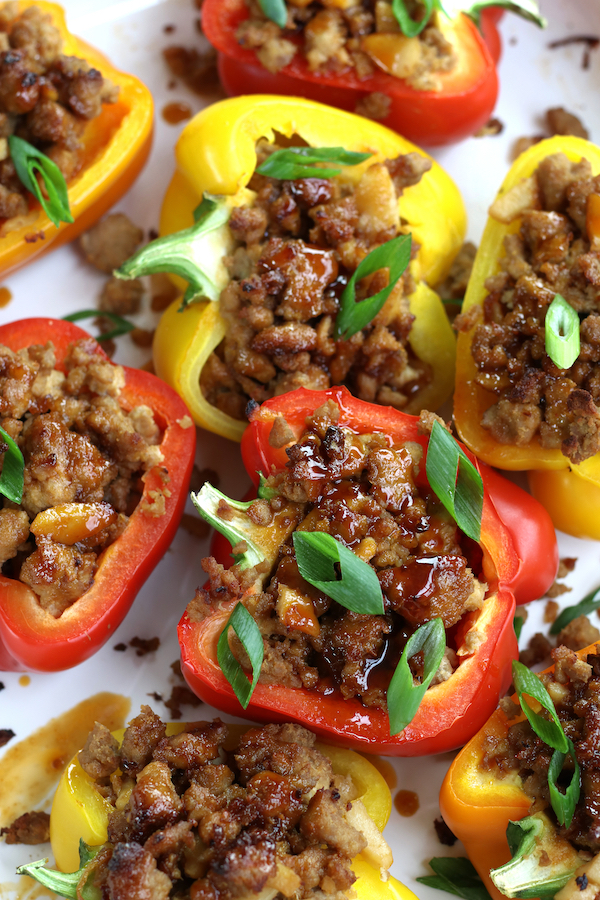 Friends, I’m not even going to pretend that this is an authentic Asian dish because quite frankly, it isn’t. It is however, inspired by the flavors of Asia with ginger, sesame, soy sauce and water chestnuts (and flavorful it is!).

There are two steps to making these Stuffed Peppers over the top delicious.

The addition of bell peppers into your diet rotation can be a wonderful way to boost nutrition levels since they are low in calories and high in vitamin C, antioxidants and carotenoids.

Which bell pepper is the healthiest?

Each one of the colors of bell peppers provide a healthy dose of nutrition. Because of this you really can’t go wrong with eating one variety over another. However, in a side by side comparison, red bell peppers take the lead.

What is the difference between bell peppers?

Which bell pepper is the sweetest?

Red bell peppers take the lead on levels of sweetness. However, I personally find yellow and orange to be just was sweet and add a beautiful spectrum of color that is visually appealing.

Should the bell peppers be baked before being stuffed?

Whether to pre-bake the bell peppers before stuffing is a personal preference. If you enjoy a touch of crispness to your vegetables, do not pre-bake. This is the method I prefer. Additionally I have found that the peppers become overcooked when reheating leftovers.

For a softer pepper, bake the unstuffed peppers for 10-15 minutes before stuffing. Additionally, cutting the bell peppers in half makes for more even cooking.

Ground chicken was used for this recipe, however ground turkey would work just as well. From a nutritional aspect, this article can help narrow down which is a better choice for you.

The flavors combinations with the sweetness of honey, the saltiness of soy sauce, the acidity of rice vinegar and the bite of Sriracha creates a sauce that adds a big punch of flavor to these stuffed peppers. Additionally, it makes this lower carb meal highly satisfying.

Side Dish For Stuffed Peppers 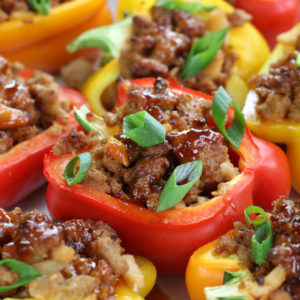 *Please use as many organic ingredients as possible.  Recipe Notes