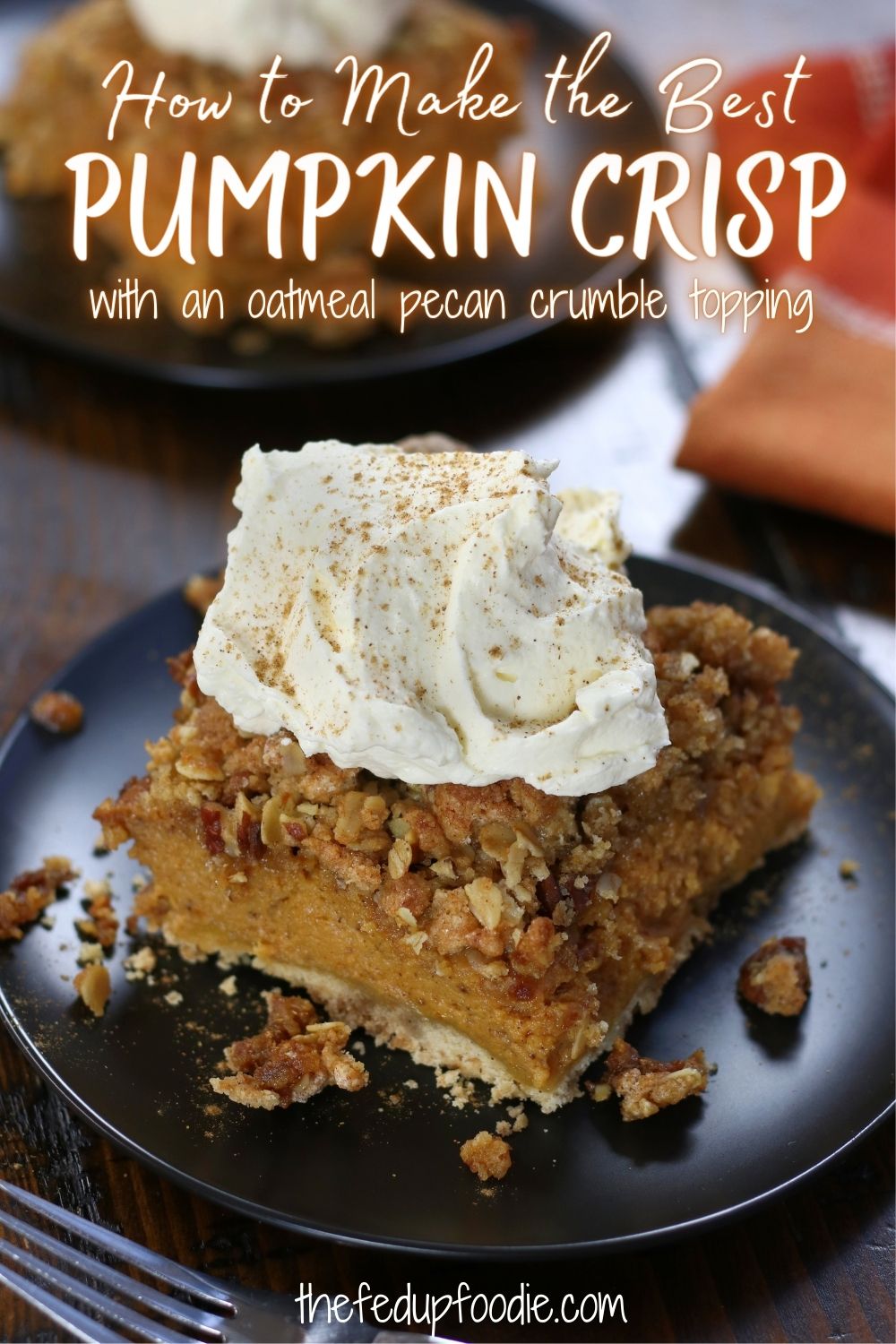 One of the easiest homemade Thanksgiving desserts, this Pumpkin Crisp is a must make. A ginger shortbread layer is topped with a creamy pumpkin pie filling and then an oatmeal pecan crumble topping. An absolutely delicious fall dessert.

A festive and satisfying Thanksgiving dinner starts with an amazing Brined Turkey. Complete the meal with extra Creamy Mashed Potatoes and an Orange Spinach Salad. Of course what would Thanksgiving be without an irresistible Fall Punch. 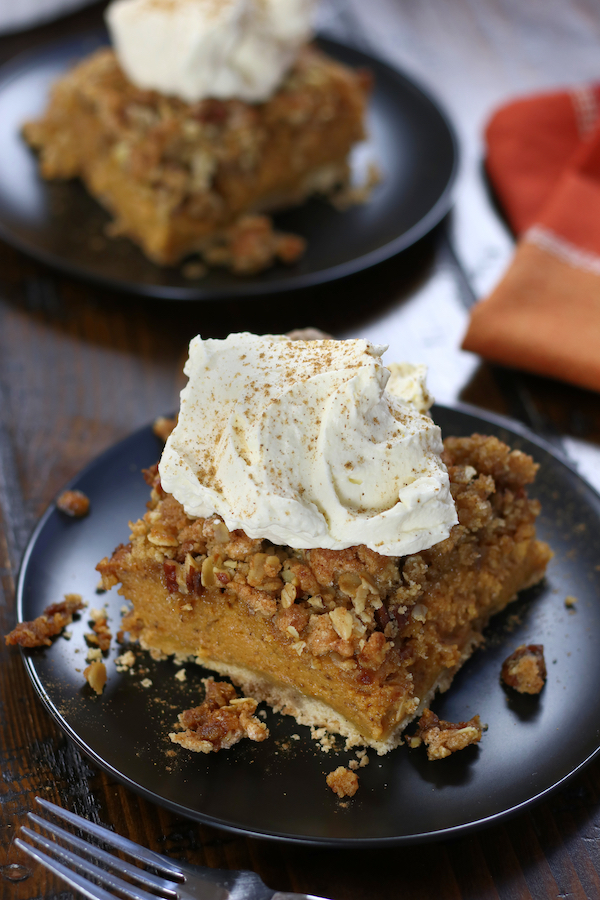 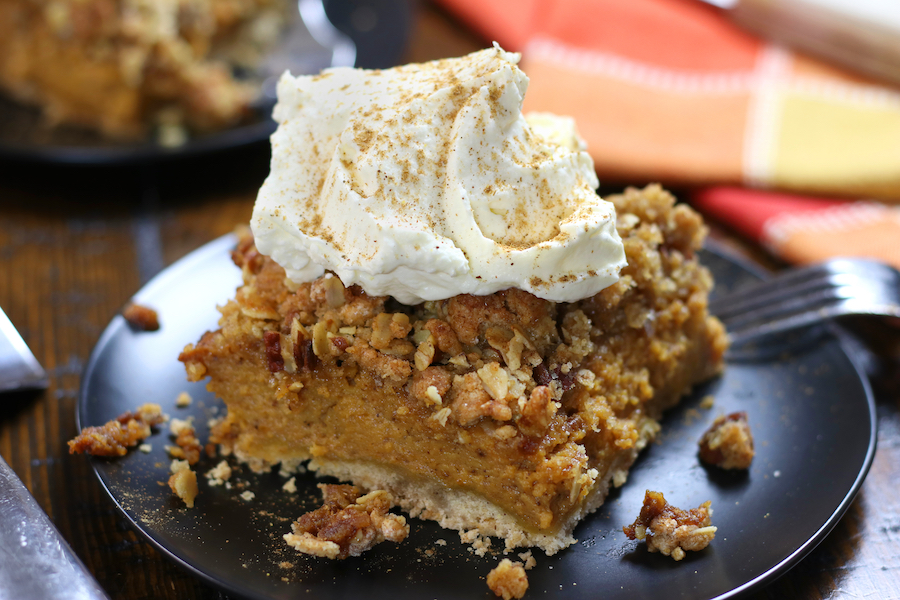 Basically, Pumpkin Crisp and Pumpkin Crumble are one and the same dessert. This is because in recent years both terms have been used interchangeably.

How To Make Pumpkin Crisp 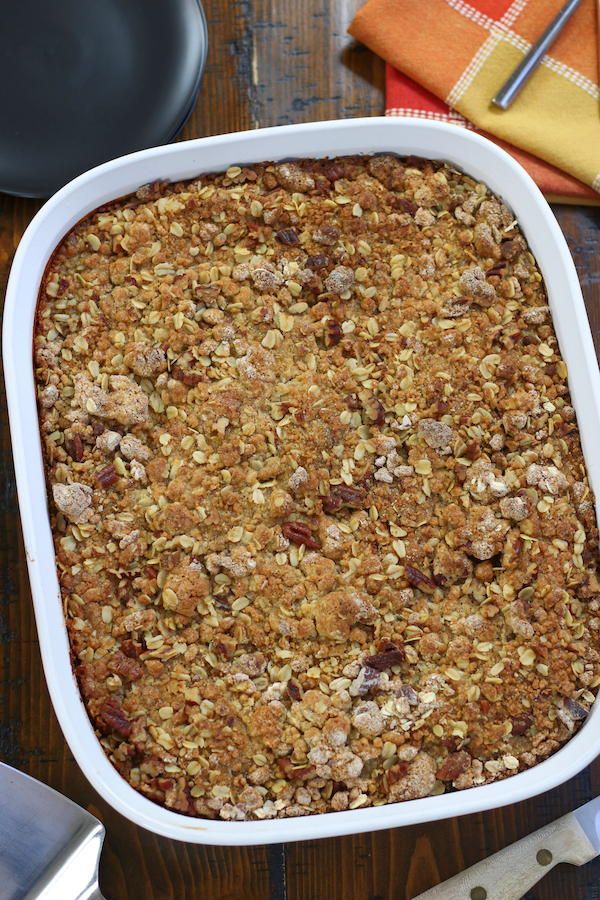 The easiest way to make this Pumpkin Crisp is with canned pumpkin puree. However, fresh pumpkin may be used also. It is important though to follow these specific guidelines if using fresh pumpkin. 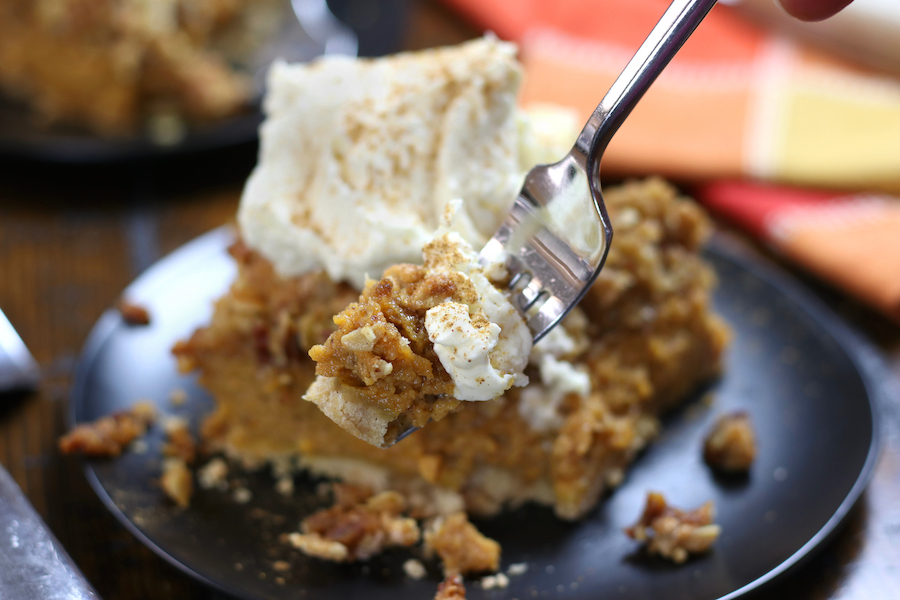 Can this dessert be made by a beginning baker?

Yes. However if you are brand new to baking, make sure to follow these tips:

Can the shortbread layer be made in a food processor rather than using a pastry cutter?

Yes. Use the metal S shaped blade to process the cold cubed butter with the sugar, flour, ginger and cinnamon until you have a coarse sandy consistency.

Is there another nut I can use besides pecans?

Chopped walnuts, pistachios, cashews, almonds and macadamia nuts are all fun alternatives to pecans. However, each nut may change the taste and texture a bit. Just make sure to use your favorite nut for this crunchy topping.

Can pumpkin pie spice replace the spices in this recipe?

Yes, however it will change the taste of the crisp.  I do recommend sticking to the recipe as written.

To use pre-made pumpkin pie spice eliminate all the spices in the first two layers and replace with 2 teaspoons of pumpkin pie spice for the crust and  1 1/2 tablespoons for the pumpkin filling. Follow the crisp topping instructions as written.

How will I know when it’s is done baking?

This Pumpkin Crisp is done baking when both a cake tester inserted into the center comes out clean and the crumble topping is golden brown.

Should this dessert be served warm or cold?

I personally love this Crisp cold and my husband enjoys it still warm, room temperature or cold. How you serve it boils down to your taste preference.

How long can this Pumpkin Crisp sit out unrefrigerated?

Once the Pumpkin Crisp is done baking, let it sit at room temperature until completely cooled. Cover and then refrigerate.

If in the preparation for Thanksgiving dinner you run out of room in the refrigerator it is not a huge issue if the crisp is left out overnight. Just make sure to cover with plastic wrap and then refrigerate the next day or as soon as possible. It will last up to three days covered in the refrigerator.

If you enjoyed this Pumpkin Crisp please let me know by leaving a comment and review below. Doing so helps to encourage others to make the recipe also. Thank you! 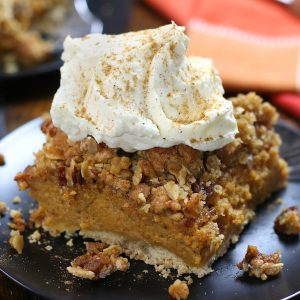 *Please use as many organic ingredients as possible.  Recipe Notes Note #1- If using Maldon's Sea Salt Flakes, crush the flakes using the back of a soup spoon or a mortar and pestle before adding. Regular salt does not need to be crushed.  Note #2- To melt butter, remove from wrapper and place the butter in a small saucepan. Melt over low heat. Another option is to remove from wrapper, cut butter into cubes and place in a microwave safe bowl. Microwave on power level 4 in 30 second increments until butter is fully melted.  Note #3- If making well ahead of pumpkin layer, place in refrigerator until needed. Note #4- Baking times and temperatures: